With the first round of the MSA British Rallycross over and done with it is finally time to let everybody know how the past few weeks have been. One word comes to mind – manic.

The goal for this year was for team Bowes to be able to produce another race car fit for use in the Retro Rallycross Championship, organised by Shirley Gibson. With one car already competing in the striking blue and white livery, it was rude not to stick with the colour scheme, luckily I knew just the place to approach regarding sponsorship and backing for the 2016 season – my current employer, Labman Automation. After a small conversation within Labman, I decided to ask the question about backing from themselves for the 2016 season as my colleague Gerry had hung up his bike racing leathers for the season. I was over the moon to be given the thumbs up, meaning I am now able to complete in the whole championship, covering all of the rounds and hopefully gathering lots of points and positions along the way.

The car in question is a VW Golf Mk1 Gti with a 2L turbo-charged engine, built to a very high standard, similar build quality to the shared Mini Clubman that was raced with by myself and my father last year. After buying the car in July last year the restoration began almost immediately. Getting the shell strong and secure was the first priority, then endless internet surfing for parts and an engine before finding the turbo engine that is now used in the Golf, imported from Europe.

The car really started to take shape in the New Year as we passed the stage of cutting and chopping and began to weld all of the holes up and adding more parts in. Once the roll cage was in and the interior was painted the car soon began to take shape. When it got to the engine the easy task was making it fit into the bay. Once that was done I started work on the wiring. This soon became a much larger task than initially anticipated due to lack of labels/diagrams and a previously modified engine loom. This means that the loom was completely stripped back and traced through wire at a time. Luckily the knowledge from Labman helped a lot at this stage, sneaking my toolkit home every night to get the loom finished. We finally got the engine running a week before the event and were fortunate enough to get the car to a state where it was able to be tested at the local track before the event – this is where the bad luck started!
After completing three laps we encountered our first problem. The v-band on the exhaust had managed to snap and it was a rush to find another of that size so that we were able to continue testing. Luckily within an hour we were back out on the track but not for long. After noticing a large amount of smoke I had to pull back into the pits after another five laps, things weren’t looking good. This time it was an internal failure. Due to the poor quality of the turbo supplied with the engine, it was unable to meet the demands on the engine and began to burn its own oil as the bearings became more worn. That was the end of testing and the start of the long shifts that were needed to get the car working before the weekend.

Things didn’t get much better from there. We sourced a new branded turbo on eBay the same day and had it shipped overnight allowing us to begin the repair very quickly. Sadly the turbo was not the same as the original meaning endless trips all over the country to source the new parts to get the turbo in place. Thankfully after a lot of hard work we were able to get the engine struck up with the help of my father and brother. But it still wasn’t finished. We worked until 2:30am on Saturday morning then restarted at 8:00am to get the final stages of the car completed. Fortunately everything seemed to go reasonably smoothly after that and we were able to get the Golf loaded onto it’s trailer before 9:00pm on Saturday and catch some well needed sleep before the big day.

Early next morning we got the car down to the local circuit Croft. After unloading and last minute preparations were carried out, my colleagues started to arrive ready for an exciting day’s racing. It was a mad rush to get everything sorted before practise after the usual problems but both cars made it out.
Unfortunately, my practice session only consisted of two laps instead of three meaning I was unable to push the car and learn it’s limits before the first race. Miraculously after practice there were very few problems. The tyres needing to be cut for extra grip was the highest priority before the first race. This allowed me a bit of time to greet the still arriving Labman guests and my colleagues who were able to gain VIP entry. Thanks go to Tim Whittington for sourcing extra passes for me.
After the busy morning we had, things started to plan out. A 6th in the first heat, 4th in class – a great result as the car was still being tested and having only raced at Croft once before, so was the driver.

In the second heat things improved again. A 4th overall, 3rd in class. Results were improving as was the driver! I was a lot more confident with the car especially after checking the car after the first race. I was reassured to see it was holding up alright and there were no major problems apart from the handling that could not be sorted in the pits. It needed stiffer springs and uprated anti-roll bars to reduce the body roll in the corners.

With the third heat approaching the pressure was on to push for a good result which in turn would create a good starting position for the final. After a good start I was in 5th place, pushing to try and get past the monstrous V8 of Terry Maynard’s although sadly pushing too hard I entered a corner which was too fast for the cars capabilities. This resulted in a lot of sideways skidding and finishing off with a roll into the gravel trap. 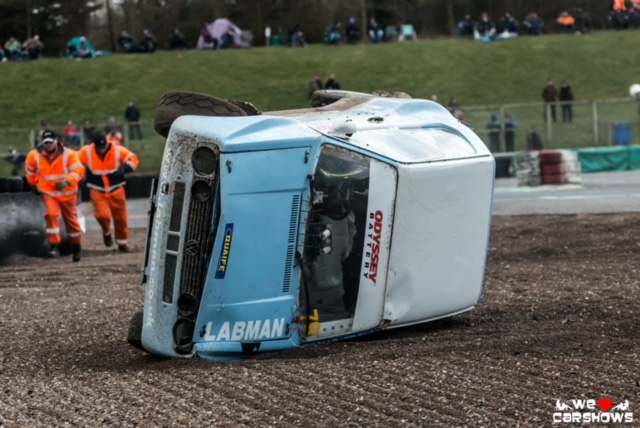 The race was not red flagged as I was unhurt and able to get out of the vehicle before the other cars came around again. This gave my father my place in the Mini clubman leaving me with a DNF. Once I was checked over by the paramedics and thankfully I was deemed safe to race. The clock was ticking to see if the car was able to make it to the Final. There was minimal bodywork damage and the biggest problem was with the engine timing belt. During the roll a lot of gravel had managed to enter the timing belt and gears, meaning the belt had slipped out of timing. Although the engine could have been re-timed, with the amount of gravel inside the engine bay no amount of scooping and shovelling would remove all of the stones completely. After everybody from Labman came together to help try and get the car finished we were unable to make the final. However the other half of the Bowes team, Stewart, went on to get a 5th in the final, meaning a 2nd in class. The final was brilliant to watch alongside everybody cheering on my father.

I’d like to thank everybody who was able to come along and get involved. From Labman MD Andrew Whitwell, who even helped strap me into the car making sure I couldn’t move in the seat and to the help and support of my colleagues in the run-up to the race and at Croft. Everyone’s efforts were massively appreciated by myself and all of our team. I am thrilled to hear that some of my colleagues would like to follow us throughout the season all over the UK and the Netherlands as they enjoyed the first round so much. 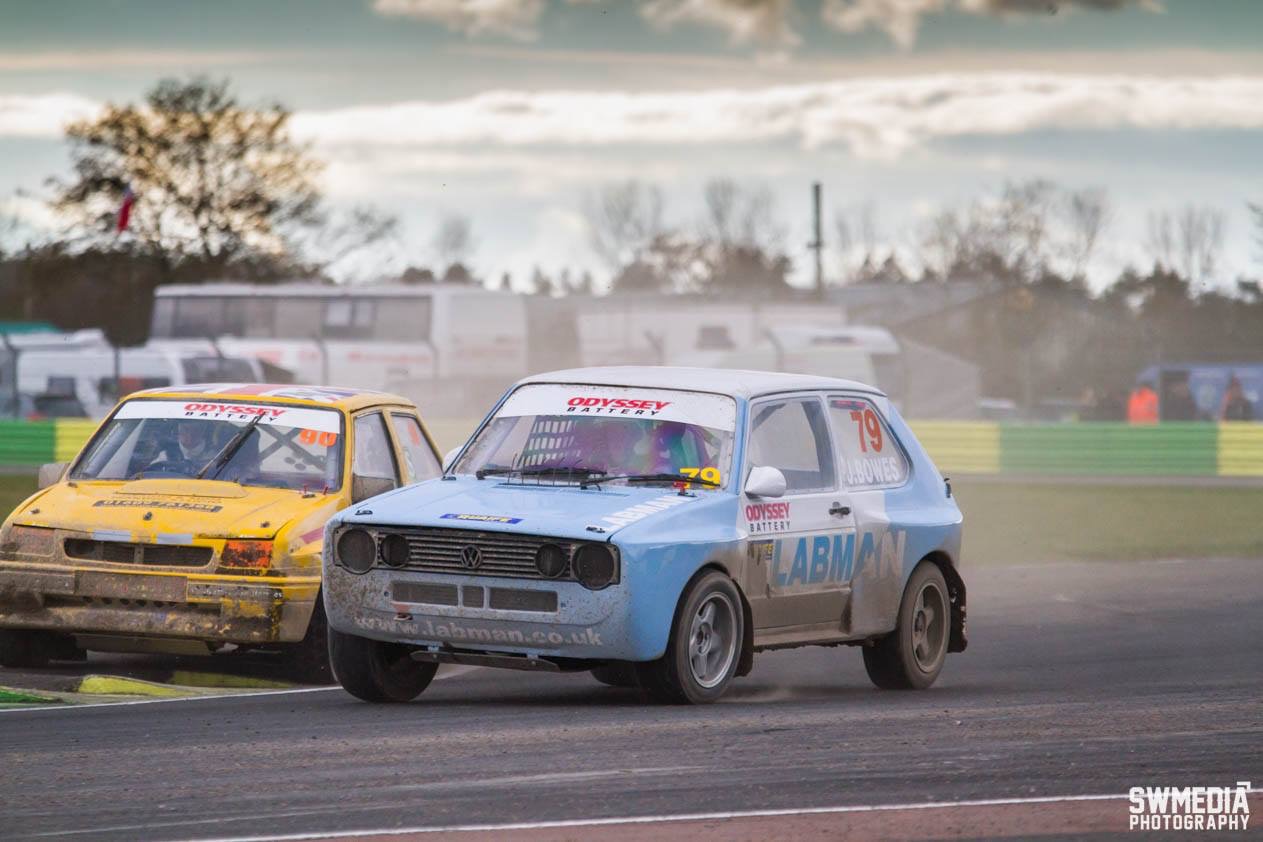