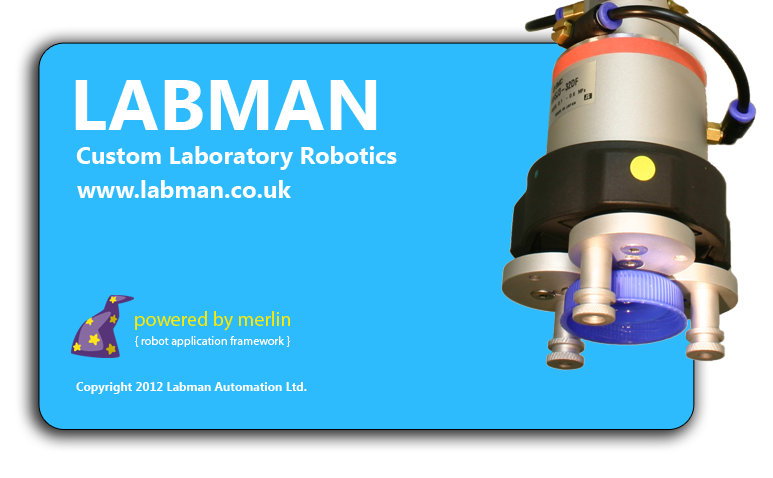 All Labman robots are supplied with control software written in C#. Up until recently software for a robot was coded from scratch, with only standard hardware modules being used from previous projects. After reviewing this it was decided to standardise all Labman software and to provide a common base application framework across all systems. This base application would house all standard robot commands, have the functionality to communicate with third party hardware and provide a user interface which has consistent behaviour and appearance across systems. The interface is built using the latest Windows Presentation Foundation (WPF) technology. Instead of the older style layered menus and toolbars the Labman base application uses the standard Microsoft ribbon format common in current Microsoft Office products.

One of the main features of the base application is the capability to remove third party hardware from a robot and to “plug in” a different manufacturer’s piece of equipment with no change to the robot software. This is because the robot control software only uses a generic set of functions which are associated with this type of hardware.

The base application underwent thorough in house testing in 2012 and was rolled out to all current projects at the end of 2012 under the name of “Merlin”. Currently there are five Labman robots on site using Merlin with great success.