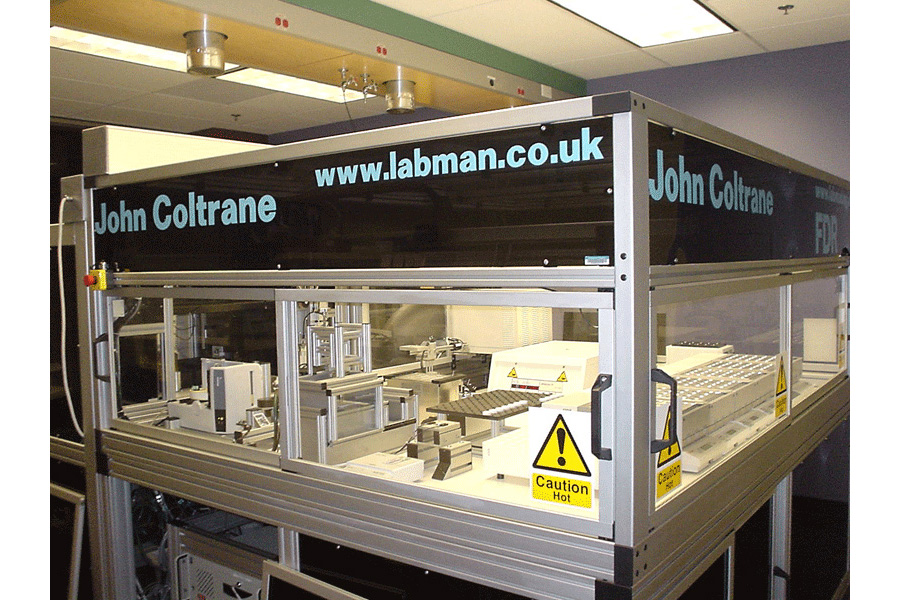 Labman has supplied two Forced Degradation Robots to Pfizer, one at the Sandwich site in the UK and the latest one in La Jolla, San Diego. The later robot was installed in 2001 and was used for preparing samples of candidate drug powders prior to stress testing and analysis. Over a period of three years the robot had various upgrades to further enhance the functionality and increase the level of automation for the degradation process.

Samples are heated and shaken in up to six separate heater/shakers each with capacity for 24 vials. The speed and temperature of each is fully configurable. Sample vials can be placed in a chilled store at 4degreesC, in a sun test light box where they are rolled to ensure maximum exposure or stored in other specially designed degradation modules.

At defined intervals in the degradation process a sub-sample is taken from each of the sample vials for injection into one of two autosamplers and queued for injection into an HPLC. Standards and blanks are automatically prepared and injected into the HPLC.