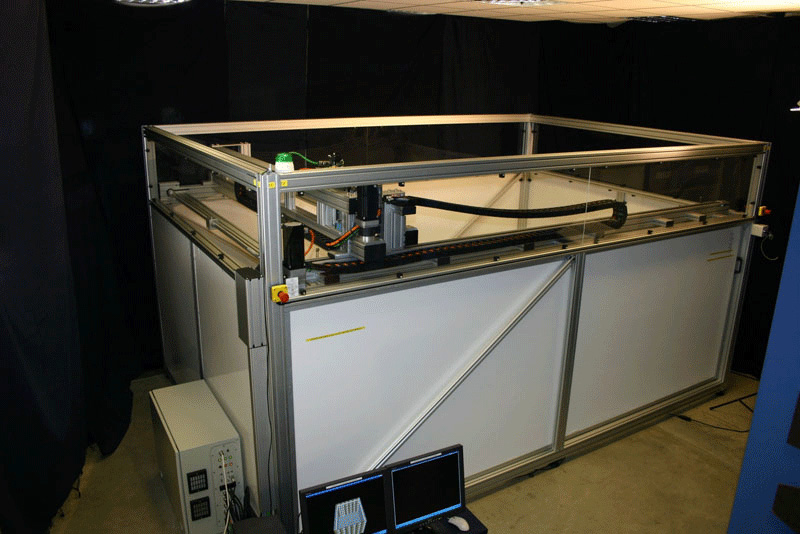 This system allows simulations of bumble bee flight paths and ant trajectories to be performed. The system was designed for the University of Sussex CCNR (Centre for Computational Neuroscience and Robotics) who are conducting ongoing research into the behaviour of bumble bee and ant brains. In particular, the research is focusing on the visual navigation of these animals through large scale environments. Neurological algorithms representing a bees’ brain are loaded into the system and over time evolved into more complex control systems.

A number of cameras can be mounted on the end of the Z axis to allow visual feedback from the ‘simulated bee/ant’ to be analysed and a decision made based on the available visual data. The robot is a large XYZ gantry system (4000 * 3500 * 2500mm) with an open workspace allowing the camera to be moved freely throughout the system. Images from the cameras are captured by the control PC, processed and analysed in real-time to determine the next decision to make and where to move the robot axes.

OpenGL (3D computer graphics) simulations of the robot are performed in real-time as the robot moves about the workspace to detect possible collisions during the dynamic vision based moves.